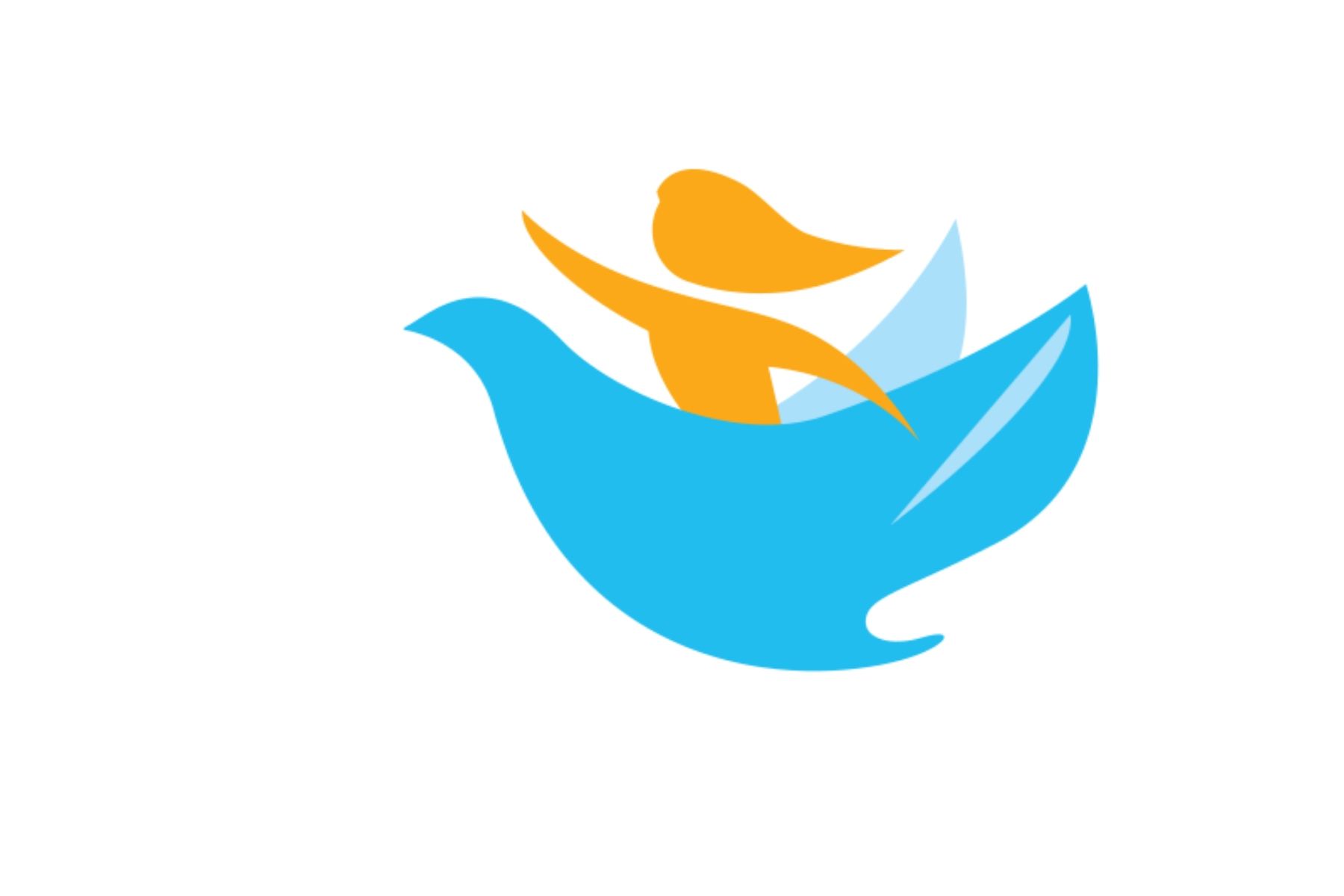 Being Not Doing: MSTE as Safe Haven for Clients with Various Types of Difficulty

We suggest you read the first three articles in this series before reading this article.

As therapists, we want to help people reach their potential, maximize their capacities, overcome difficulties and function as best as possible in a complex world. Surely that’s what drives us to get up every morning and do the hard work we do. But what happens when your intended recipient doesn’t seem to respond to your help? What happens when the subject of your therapy has been so beaten down by the trauma of living day to day with their difficulties that they are impossible to reach and help?

It is precisely in these most challenging cases that the Issie Senses Methodology has shined as a beacon, illuminating a path where other therapies have failed. We, at Beit Issie Shapiro, have decades of experience turning the multisensory environment into a multisensory therapeutic environment and training therapists and other professionals in the Issie Senses Methodology allowing them  to reach the unreachable and teach the unteachable. What we have learned is that in order for therapy to have a chance at success, you need to have a willing recipient. There has to be some kind of responsiveness on the part of the therapy recipient or it doesn’t matter how amazing the session you have planned is, you will not be able to reach your target or effect change.

Many of the clients we work with using Issie Senses have never felt calm in their lives. The stimuli of the world have bombarded them each day and, with varied sensory impairments, these stimuli have been too much. Others have never known what it feels like to achieve. From the earliest of ages, their parents and carers have carted them off to one therapy after another. The message they have received from the world is that of resounding failure. Many people with learning or sensory difficulties have literally never previously enjoyed a feeling of mastery or success in any area of their life.  But the MSTE can afford some measure of success which is monumental for the client. Although the achievements might seem small to those on the outside, something as simple as being able to reach the desired location on the sensory floor (and be rewarded with a buzz or a clap) can be the first experience of success this child has ever had in their life. The benefit of feeling that euphoria when having their first real success is impossible to quantify on a scale that is generally applied to a person without a disability. Even if it’s just for one hour a week, providing a space where a client can be “master”, where they can choose their activity, master their environment (however regulated that environment is) and feel proud at their achievement, is invaluable.

For any person who has spent much of their life undergoing various therapies, there can be an understandable weariness. The client just doesn’t feel like doing another hard task which depletes them of so much energy and requires such huge effort. They can feel that they just want everyone to go away and leave them alone. It is precisely this feeling that Issie Senses can help address. When clients have that world-weariness, entering the MSTE and just BE-ing there – enjoying the sights and sounds without being asked to DO anything can offer relief and restore their mood making therapy possible again at a later stage.

The point we want to drive across is that to appreciate the value of an MSTE as a therapeutic tool you first have to understand its value as a pre-therapeutic tool – a path-finder that lays the ground for any future therapy to succeed. Where a skilled therapist uses his/ her experience and ingenuity to find unique applications and uses for the MSTE, we have seen magic occurring before our eyes, particularly at the level of the emotions upon which the therapeutic process depends so heavily.

Following are several stories that illustrate exactly how the MSTE can lay the ground for a successful therapy session, no matter what the objective of the therapy.

M was a two-year-old girl with severe sensory impairment. Her experience of the world thus far was nothing but negative. With a strong air of defeat about her, her head was always down and she barely looked at, or interacted with, her environment. Despite her tender age, she gave off a vibe that she hated the world and that she had already given up. She cried constantly and uncontrollably, much to the chagrin (and, sad to say, annoyance) of her family who were unable to placate her no matter what extreme measures they resorted to. When we met M and her mother, they were at the stage of desperation. No prior therapy had succeeded because M would cry throughout each session and was deemed unreachable! What happened when we cautiously introduced M to the MSTE at Beit Issie Shapiro however, was nothing short of miraculous.  The minute she entered the serene, darkened space, she emitted a resounding sigh, as if of sheer relief. Simple though it was, this profound sigh from deep within this troubled young soul, brought tears to the eyes of both the therapist and M’s mother. It was as if finally, she had found some relief from the excessively loud and brash stimuli of her world. Now that we had found her “happy place”, therapy became possible. Interventions that never succeeded outside the MSTE were effective inside these four walls. The simple reason being that M’s emotions were now calmed and she had become receptive.

In this example, Issie Senses acted as a catalyst for therapeutic change. Issie Senses was able to open the gate at the most basic level – the level of receptivity – and now the path was clear for the real therapeutic work to begin.

Issie Senses as a Motivator

The MSTE can also be a very powerful motivator getting clients to perform activities that they would not do anywhere else. Consider this example:

V. was a child who had spent most of his life in one therapy or another. He was accustomed to having people do things for him and had lost the motivation to even try and do things for himself. Walking had always been a challenge, and his doting family happily indulged him by pushing him around in a stroller or carrying him wherever exertion was required. At 4 years old, it was time for V. to be independently mobile but getting him to move on his own was proving hard. V. loved playing with a ball at home. Using the soccer game on the interactive floor in the MSTE, V.’s therapist provided sufficient motivation to get him moving a bit. Once he experienced the joy of getting around on his own steam, he was hooked. Slowly, slowly, V. began walking and moving around more in other environments too.

Issie Senses as Facilitator Towards a Specific Goal

When parents have thrown their hands up in despair and are unable to get their child to carry out a certain activity (like brushing their teeth) the MSTE has at times come to the rescue in novel ways. Read the following story to hear how:

B. desperately needed dental treatment but was terrified of brushing her teeth. With severe sensory impairments and many learning difficulties, B. had withdrawn into herself and there was little anyone could do to persuade her to open her mouth at tooth-brushing time at home, let alone in the dentist chair. Her therapist noted that whenever she was in the MSTE at Beit Issie Shapiro  she loved to put her mouth against the bubble tube. There was something about the light vibrations the tube emitted that soothed and calmed her. B.’s therapist suggested that B.’s parents purchase an electric toothbrush. Maybe, because it vibrates like the bubble tube, B. would allow this near her mouth. Lo and behold, B. loved her new toothbrush and the dental hygiene issue was at least somewhat solved.

Issie Senses as an Educational Tool

It is not just therapists that can use the MSTE to help them achieve their goals but also educators. The following example as reported by Chani, a class teacher from the Beit Issie Shapiro Special Education School:

“I had been working with my class for some time on social skills. I decided to try and conduct a class in the MSTE and was amazed at the result.  In this session, I read them the story of “Curious George” and used it as a basis for teaching the children to look at one another in the eyes and say “thank you”. Firstly, I want to say that just being in the room was incredibly calming. The whole setting, the lighting, it had a very profound impact on the kids from the minute they entered. I sat the children in a circle facing one another, and the layout of the room meant that everyone could see each other properly. Something about the setting made them more focused and attentive than usual. They seemed to grasp the concepts I was teaching faster. Even though the MSTE was just the environment, I found it a powerful aid to enforcing the educational messages I was teaching. From that day on, I conduct lessons in the MSTE every few weeks and the effect is as powerful as ever each time we go in there. I want to urge other teachers to consider the MSTE as a useful educational adjunct. It doesn’t replace lessons in the classroom completely, but it can help facilitate certain lessons and help you get your message across in a very impactful and memorable way.”

Issie Senses And The Adult Client

A group of therapists decided to take a group of adults with profound Autism into the MSTE and see whether it would have an impact. Shir, the group’s therapist, explains her experience here:

“Let me begin by saying that I was very skeptical before I started to use the MSTE with this group. We are talking about adults with profound autism, who rarely speak and have extremely minimal interaction. These adults live in a hostel and were not deemed suitable for any kind of rigid educational or work framework. I initially questioned whether it was worth the bother of taking them out of the hostel to travel to the MSTE at Beit Issie Shapiro, but I agreed to try. What I want to say is that I was wrong. Yes, the communication is limited, but the sheer enjoyment on the faces of the adults told me we were getting through. We worked on social skills and interaction on a very basic level and I could see that I was connecting with them. We started to take them to the MSTE once a week. The more advanced clients knew to anticipate these gatherings and looked forward to them all week. It was clear that I had succeeded in establishing a connection with this group and let me say, this is something that is rare for adults with these kinds of difficulties. I am not the only one who felt it, the staff in their hostel noted it too and reported that some of the changes in behavior and attitude carried through to life outside the room. It has actually been very moving to see. I would say, it is always worth trying the MSTE. There is just something special about the way some clients respond. In a lot of cases, it is the missing key that opens the door to other treatment.”

Amazing things happen in the MSTE, read the final article in this series to learn what happens once the client leaves the MSTE…

Contributed to this article: